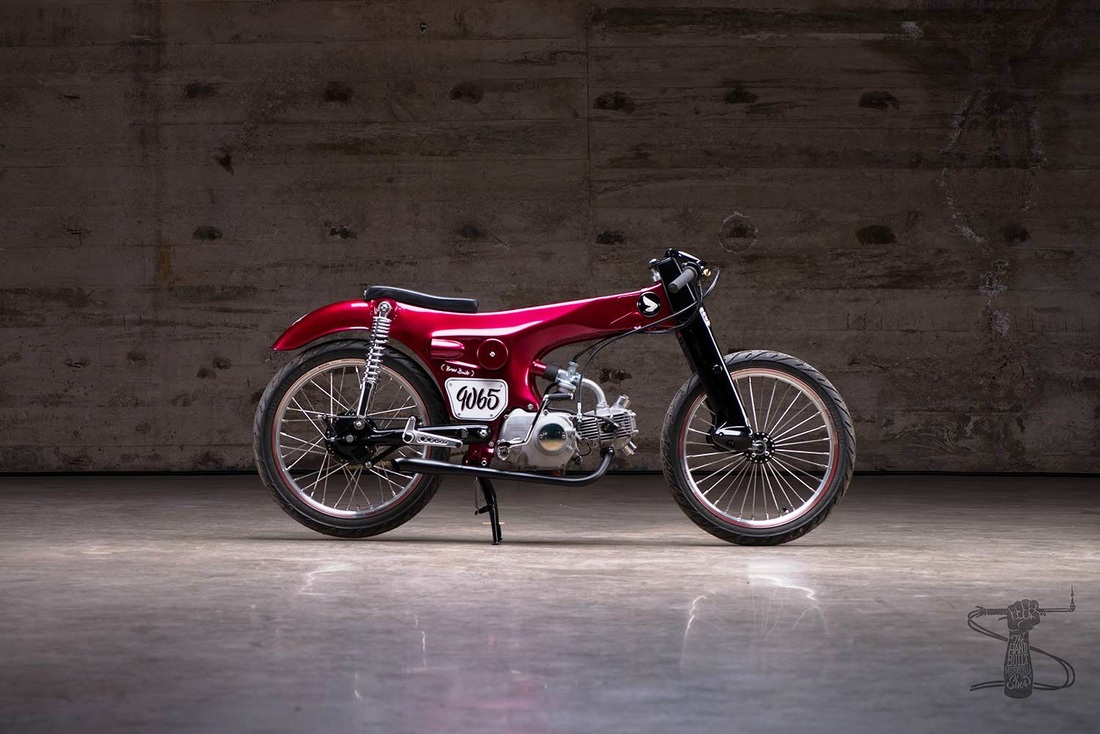 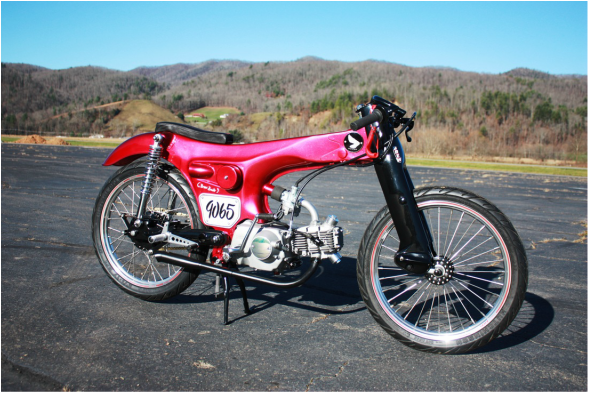 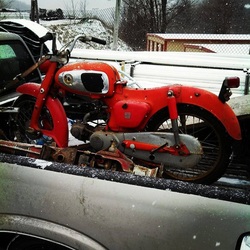 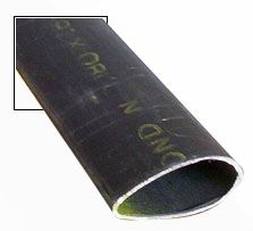 In the mid 60's I loved the round aero shapes and smooth lines. So, I started with over $250 of streamline tubing just for the front end. Keeping everything small, aero, lite and unique! 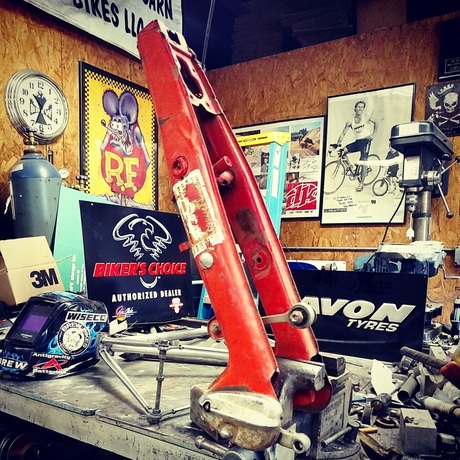 The original front fork was a small leading link design. I kept the leading link concept for the new fork, but the stock fork just was not aero and clean enough. 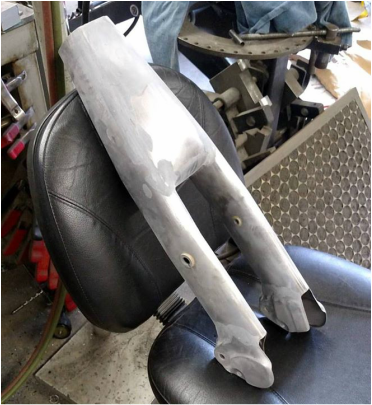 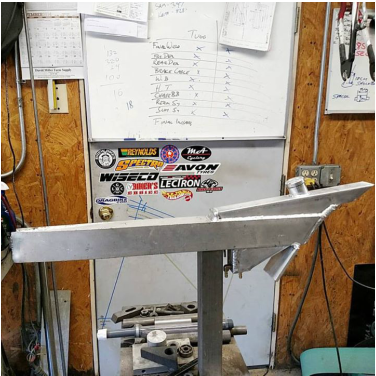 The fuel cell was built to go into the frame. Venting is internal and still has a reserve. 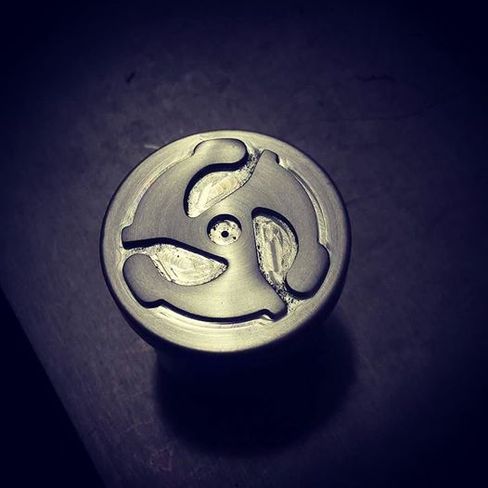 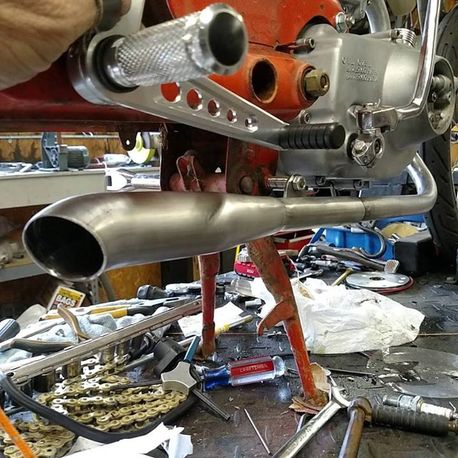 The exhaust was handbuilt. The first 18" had an 1mm increase in I.D and then had a small step up for 6". Finally ending with a stainless steel megaphone ending with a turn down.
It was ceramic coated on the inside for a heat barrier and powdercoated with Hi-Temp black for durability. BREW does all their own ceramic and powder coatings! 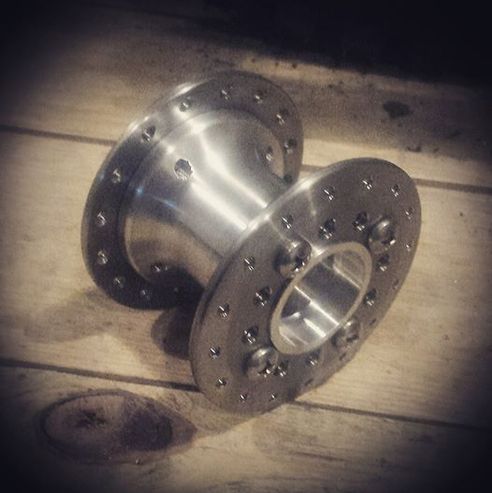 The frontend of Project TARDIR needed a very narrow front hub. I was wanting the look of a bicycle high flange track hub. This hub is only 61mm (2.4") wide and has a diameter of 92MM (3.6") and has 32 holes. Again! A BIG THANKS to Jeremy at LC Fabrications for this special part! 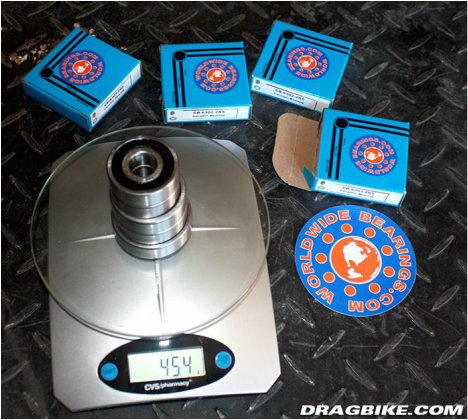 In all the wheels I build I use Worldwide Bearings. Much less drag, lighter, longer lasting and more reliable. The best!
The wheels were built with Excel rims custom drilled by Buchanan's Spoke and of course the best spokes in the business were used, Buchanan's Spokes! 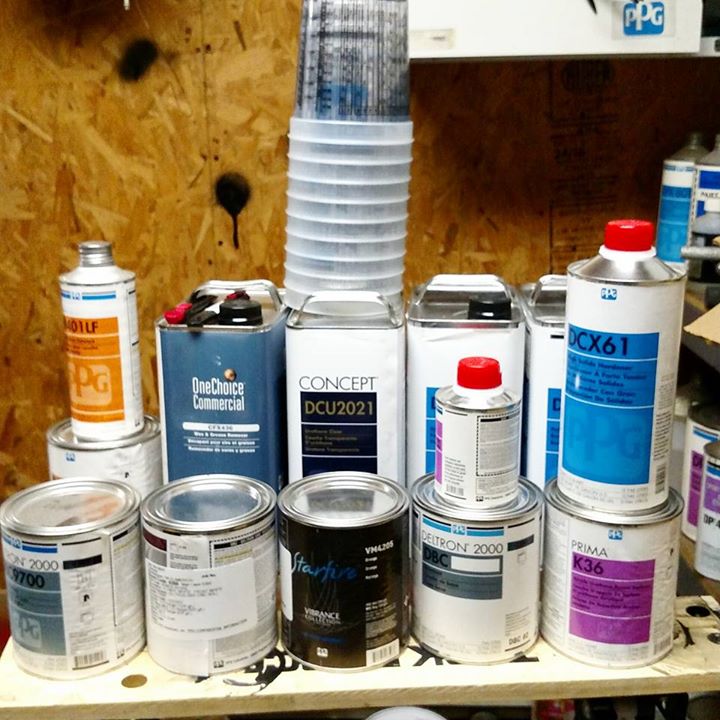 The paint of choice is PPG Vibrance Sexy Red! Start with a bare frame, then epoxy primer, orange pearl base and then Sexy Red. Finished with PPG Concept 2021 clear.  SEXY! Of course BREW does all their painting except Allen Hightower did all the pinstriping and graphics.
The Engine Build!
The Honda S65 engine had a horsepower output of 6.2hp @ 10,000 rpm. The S65 engine has a pop-up piston design and had much larger valves than later models. The ports were big from the factory. It also had oil line ports for carb heat. The engine is a 4 speed transmission with manual clutch. The ignition is a points type and 6 volt.
Project TARDIR has had many modifications to increase the horsepower. the first being the displacement being 88cc. The intake and exhaust ports just had a cleanup. The valves now have a 3 angle seats. The cam is now a NOS race camshaft from Kitaco along with some NOS valve springs. The oil port lines now are connected to a small custom engine oil cooler. 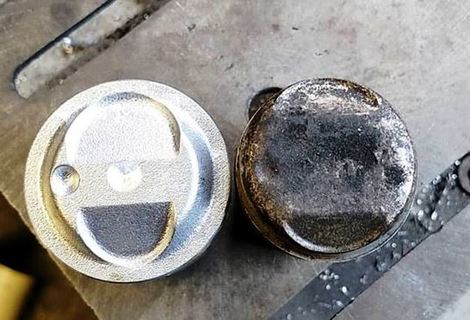 New piston on the left is MUCH BIGGER than the stock one on the right. Also is higher compression. 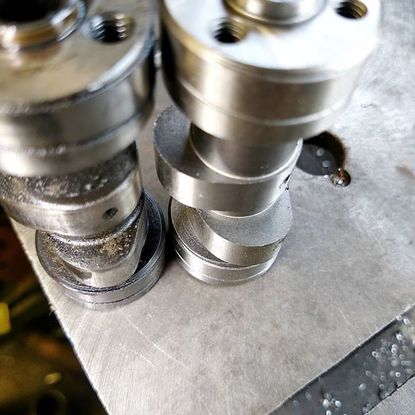 The stock camshaft is on the left and the Kitaco Race camshaft on the right has more lift but much more duration! 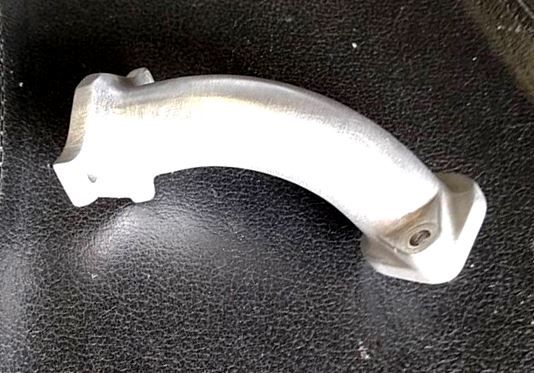 A custom intake was made for the larger carb. 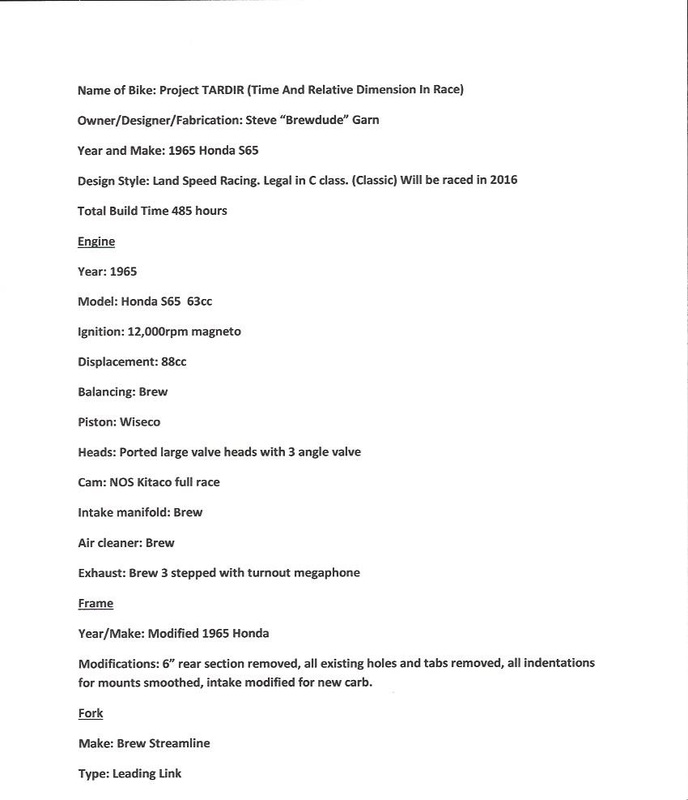 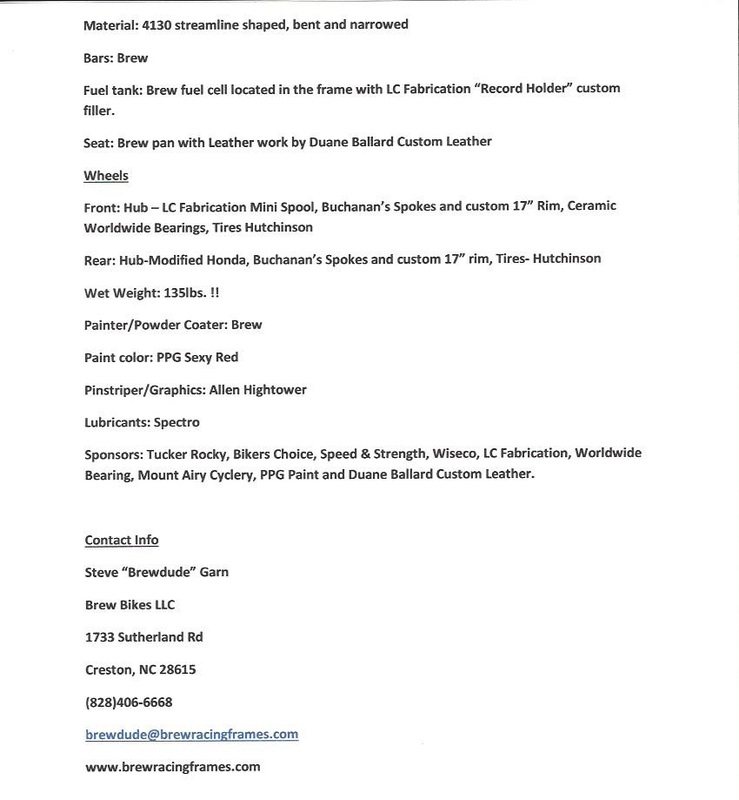