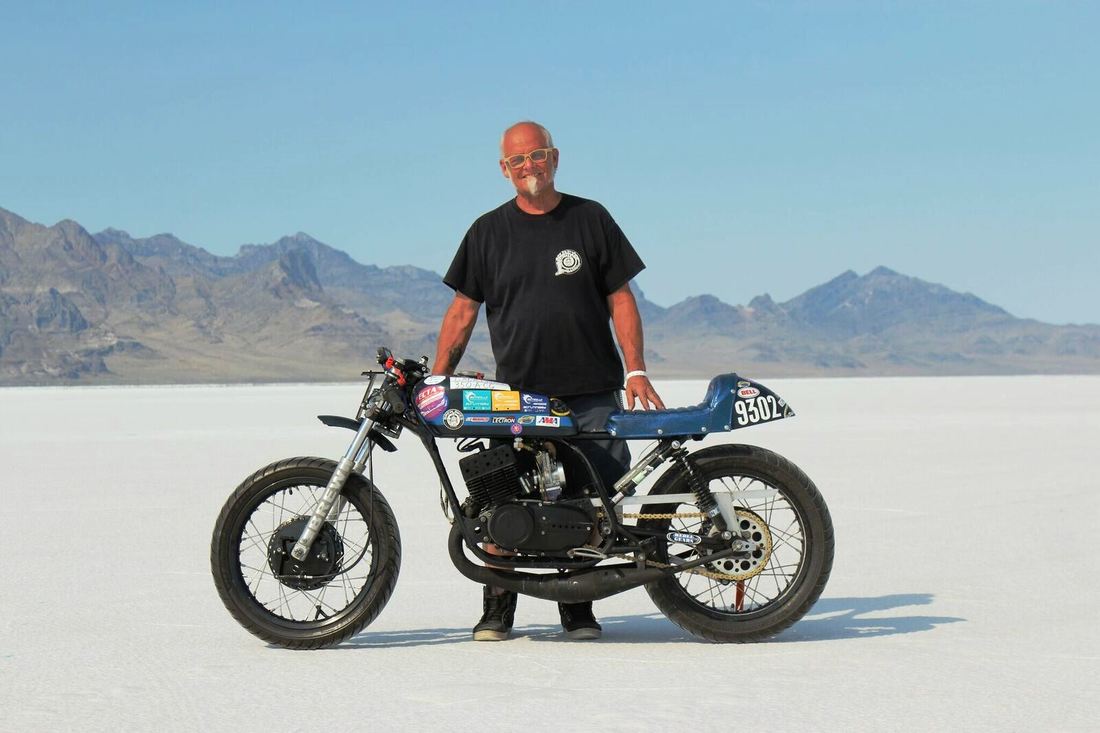 In 1974 when I started S.G. Cycle Works I did a lot of portwork. Yes, a lot of dirtbikes, but by far the #1 was porting R5 and RD350 Yamahas. When I was asked by Michael Lichter to build a bike for his Ton Up exhibit in Sturgis 2013 the bike I wanted to build was a RD350. I like the featherbed frame design that Norton had used on their legendary race bikes. Those Norton frames used Reynolds tubing which is made in England. So, the next thing I did was contact Reynolds Tubing about getting some Reynolds 853 tubing custom drawn for this frame. This is the FIRST frame that uses some Reynolds 853 in the USA! Reynolds 853 has an ULTIMATE Strength over 200,000PSI !

So this is how it all started, and why the name, Streak? This bike is fast, light and naked. In 1974 streaking was done by fast and naked people. Get it?

It started out as a barn find and looked like this after dragging it out of the barn. The start, 1974 Yamaha RD350

The stock bike had a weight of 378lbs.

The stock bike had a claimed HP of 35HP

The rearsets are from Loaded Gun Customs.

The Engine has Wiseco forged pistons, MZD ignition, SpecII chambers, Lectron 34mm carbs and all fluids are from Spectro Oils.

The tires are Avon, Hagon Rear Shocks, Hot Wing Glass seat and so many of the parts used came from Bikers Choice and Tucker Rocky. 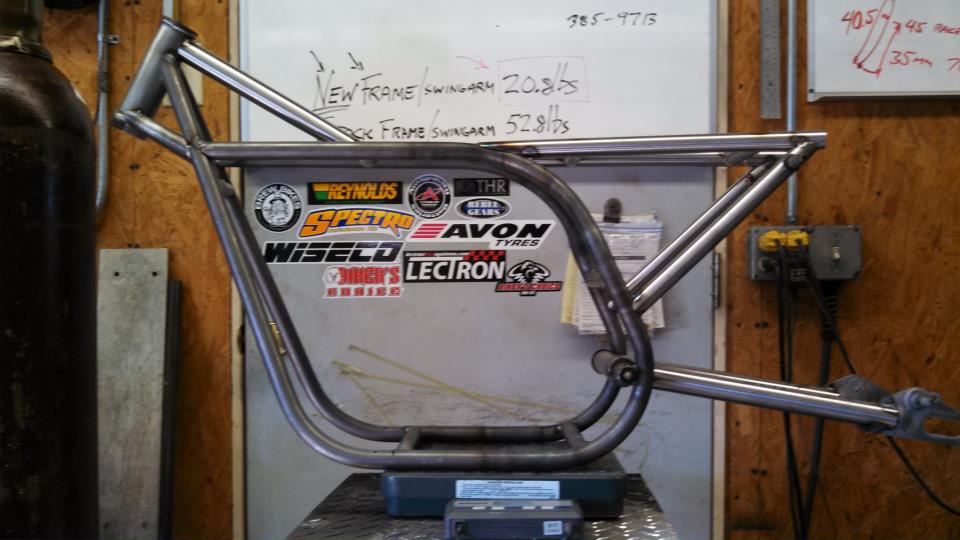 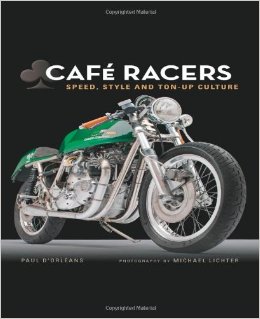